Abstract: Due to the US boycott of Huawei that started in August, 2018, the (in)security of network components is in the spotlight. This problem is not unique to modern telecommunication networks, but one can also have untrusted couriers. This was demonstrated recently by FedEx when two packages containing Huawei documents, being shipped to China from Japan, were diverted to the U.S. without authorization. We note that researchers have been studying this topic since at least 1993. The issue of having untrusted components and untrusted couriers was in particular studied in 2005. In this talk we explain the primitives that allow one to address the aforementioned problems. These primitives consists of secret sharing, access structures, connectivity in networks, both in a classical sense and in an extended sense. We explain some of the results and limitations that have been found to solve this problem. We discuss in particular models that can guarantee security against state sponsored malware. We also discuss how practical these solutions are and in what context they can easily be deployed today, and which ones not.

Short biography: Yvo Desmedt is the Jonsson Distinguished Professor at the University of Texas at Dallas, a Honorary Professor at University College London, a Fellow of the International Association of Cryptologic Research (IACR) and a Member of the Belgium Royal Academy of Science. He received his Ph.D. (1984, Summa cum Laude) from the University of Leuven, Belgium. He held positions at: Universite de Montreal, University of Wisconsin - Milwaukee (founding director of the Center for Cryptography, Computer and Network Security), and Florida State University (Director of the Laboratory of Security and Assurance in Information Technology, one of the first 14 NSA Centers of Excellence). He was BT Chair and Chair of Information Communication Technology at University College London.  He has held numerous visiting appointments. He is the Editor-in-Chief of IET Information Security and Chair of the Steering Committee of CANS.  He was Program Chair of e.g., Crypto 1994, the ACM Workshop on Scientific Aspects of Cyber Terrorism 2002, and ISC 2013. He has authored over 200 refereed papers, primarily on cryptography, computer security, and network security. He has made important predictions, such as his 1983 technical description how cyber could be used to attack control systems (realized by Stuxnet), and his 1996 prediction hackers will target Certifying Authorities (DigiNotar was targeted in 2011). He posed both the problems of Searchable Encryption and Functional Encryption in his 1993 ACM NSPW paper. 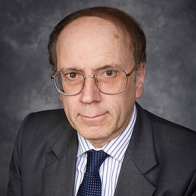